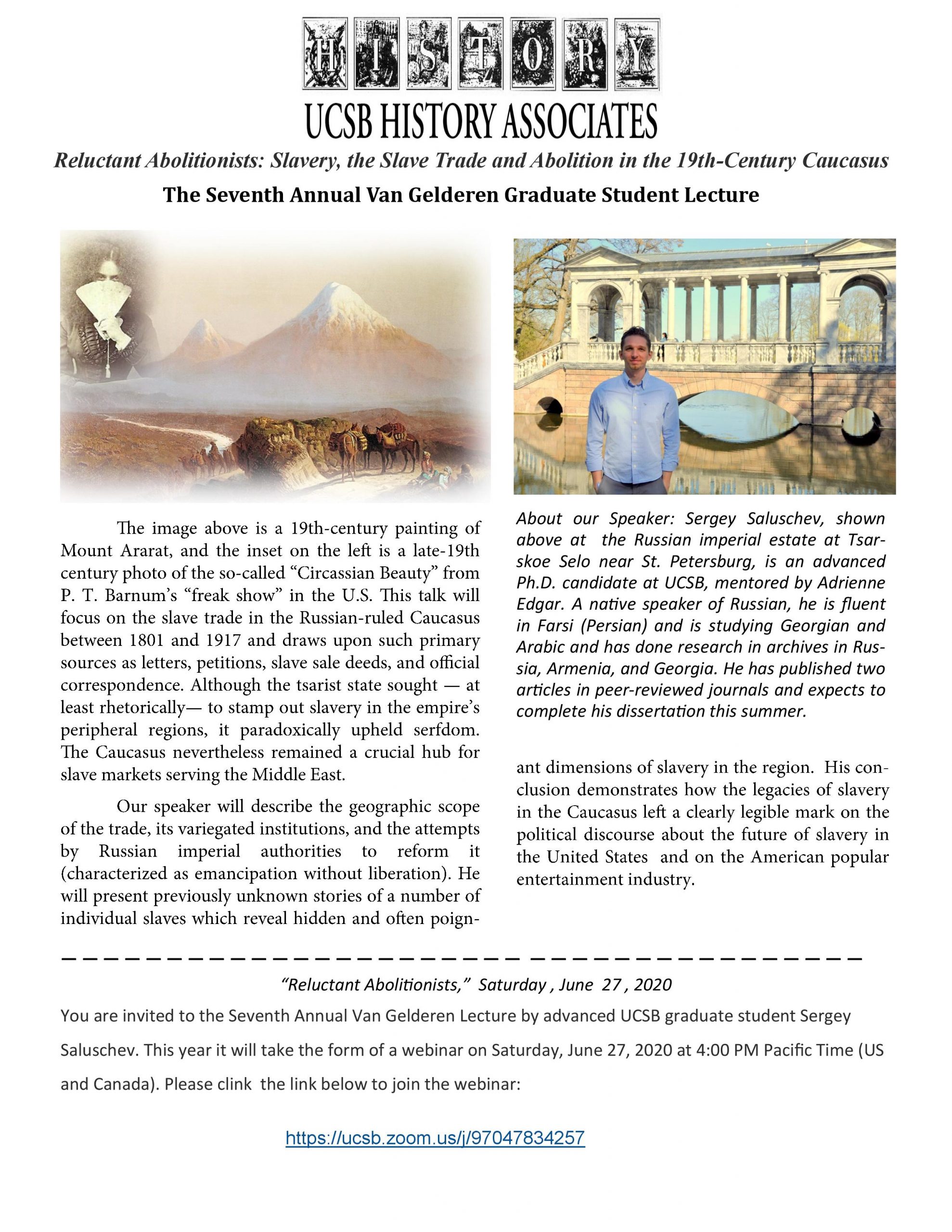 History Associates presents the seventh annual Van Gelderen Graduate Student Lecture, this year given by Sergey Saluschev. He will present on his dissertation topic, “Reluctant Abolitionists: Slavery, the Slave Trade and Abolition in the 19th-Century Caucasus.”

This talk will focus on the slave trade in the Russian-ruled Caucasus between 1801 and 1917 and draws upon such primary sources as letters, petitions, slave sale deeds, and official correspondence. Although the tsarist state sought–at least rhetorically–to stamp out slavery in the empire’s peripheral regions, it paradoxically upheld serfdom. The Caucasus nevertheless remained a crucial hub for slave markets serving the Middle East. The speaker will describe the geographic scope of the trade, its variegated institutions, and the attempts by Russian imperial authorities to reform it. He will present previously unknown stories of a number of individual slaves which reveal hidden and often poignant dimensions of slavery in the region. His conclusion demonstrates how the legacies of slavery in the Caucasus left a clearly legible mark on the political discourse about the future of slavery in the United States and on the American popular entertainment industry.

This year’s Van Gelderen Lecture will take place as a Zoom webinar. Join us for this exciting event at https://ucsb.zoom.us/j/97047834257.