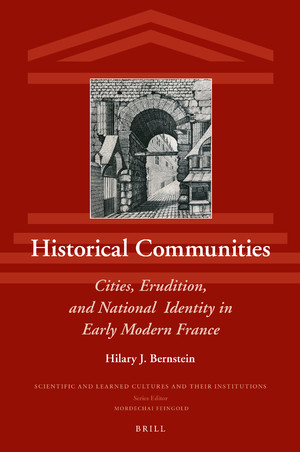 The book explores the outpouring of French local history writing from the 1560s to 1660s, with a special focus on how local scholars from a range of French cities, from large provincial capitals to much smaller towns, used available sources to craft a useful urban past. Historical Communities therefore examines networks of erudite scholars in Paris and the provinces, the exchange of information, the ways that questions such as a town’s origins could be used to make politically useful statements, the sources of historical conflict, and the ways that contentious issues such as the Wars of Religion and the Fronde were represented in subsequent history writing on the local level. The book also focuses on two figures who served as nodes of historical exchange: François de Belleforest in the 16th century and André Duchesne in the 17th century.