Echoes of the Past: Grover Cleveland on UCSB’s The Current 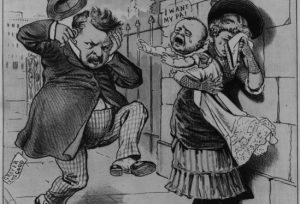 A bitter election. Social unrest and violence at home and abroad that seem to augur ruinous times. A gaping political divide fed in part by new technology and ways to communicate. Sound familiar? Welcome to the 19th century. While the hyper-partisanship of today’s America might feel new, two UC Santa Barbara scholars note that we’ve been down this road before.

“I don’t think we’ll have an outbreak of civil war,” said John Majewski, the Michael Douglas Dean of Humanities and Fine Arts at UCSB and a professor of history. “Yet it’s incredibly partisan, and some of the reasons for the partisanship now are similar to the reasons why we were so divided in the decades before the Civil War.”