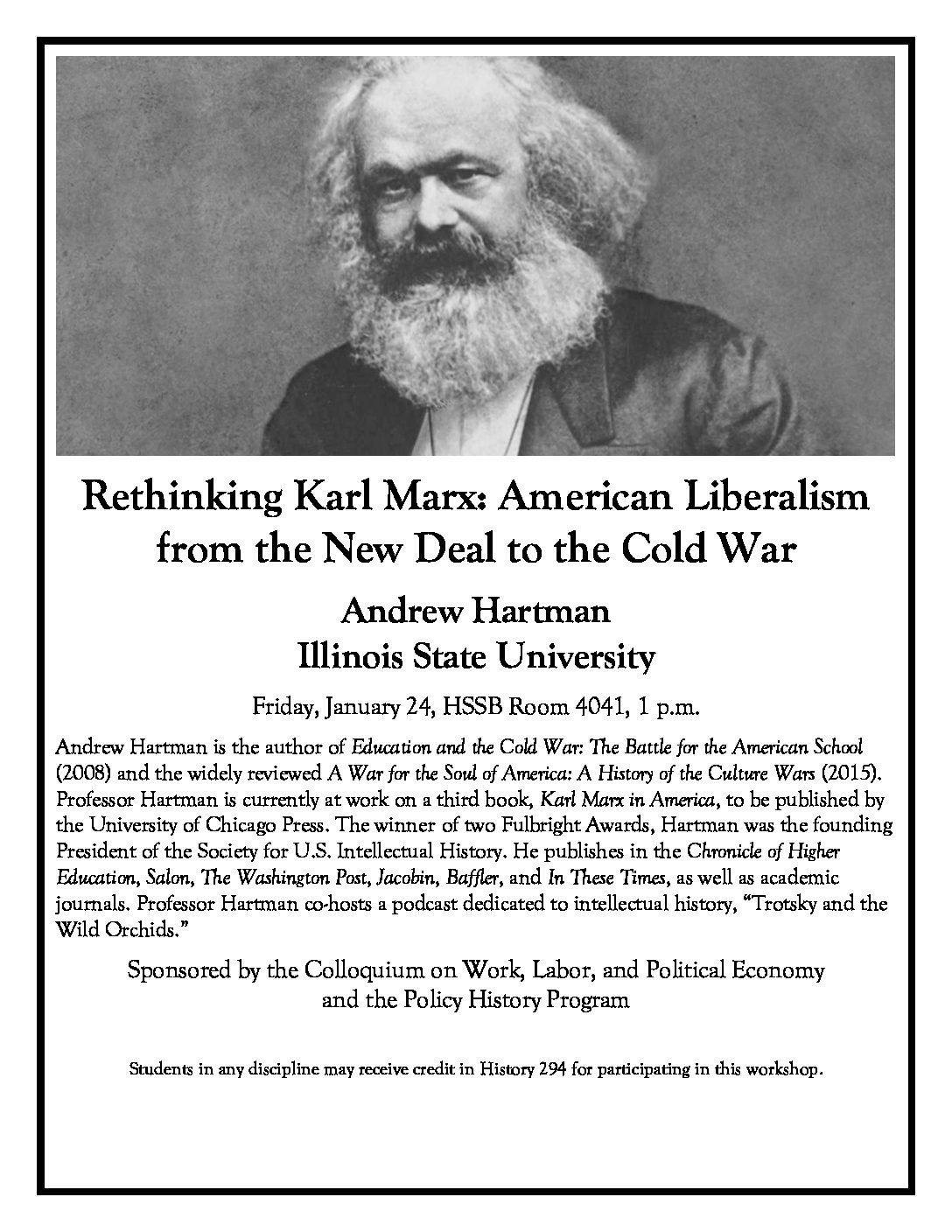 As part of the The Center for the Study of Work, Labor, and Democracy‘s Winter Quarter speaker series, Andrew Hartman (History, Illinois State University) will present “Rethinking Karl Marx: American Liberalism from the New Deal to the Cold War.” Hartman is the author of Education and the Cold War: The Battle for the American School (2008) and the widely reviewed A War for the Soul of America: A History of the Culture Wars (2015). Professor Hartman is currently at work on a third book, Karl Marx in America, to be published by the University of Chicago Press. The winner of two Fulbright Awards, Hartman was the founding President of the Society for U.S. Intellectual History. He publishes in the Chronicle of Higher Education, Salon, The Washington Post, Jacobin, Baffler, and In These Times, as well as academic journals. Professor Hartman co-hosts a podcast dedicated to intellectual history, “Trotsky and the Wild Orchids.”

Department of History
Policy History Program
Center for the Study of Work, Labor and Democracy