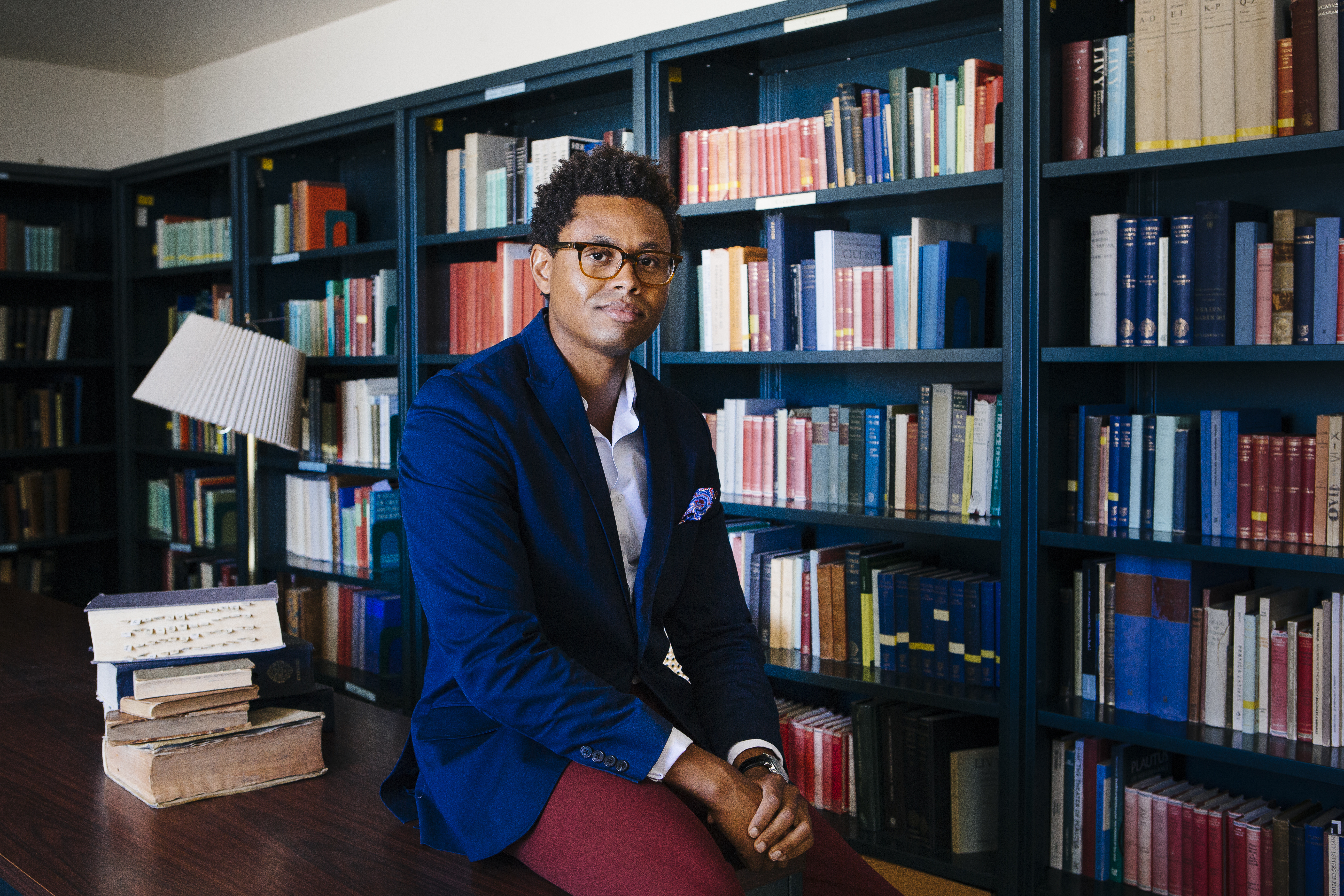 Dr. Keel interviewed on “This is Hell!” podcast for his book Divine Variations

Dr. Keel interviewed on “All of the Above” for his book Divine Variations

Dr. Terence Keel is an Associate Professor at the University of California, Santa Barbara where he serves as Vice Chair to the Department of History and holds an appointment in the Black Studies Department and the Department of Religious Studies. He earned is PhD from Harvard University. Dr. Keel is an interdisciplinary scholar with training in religious studies, the history of science, African American history, as well as science and technology studies. He has written widely about the history of racism and its connections to the modern biological sciences, religious intellectual history, law, medicine, and public health. His research has explored these issues in the United States, Europe, and Mexico. His first book, Divine Variations (Stanford University Press, January 2018) is a study of how Christian thought facilitated the development of scientific racism and shaped the epistemic commitments of the modern study of human biodiversity. He has received awards for his research from the National Science Foundation, the Social Science Research Council, the Charles Warren Center for American Studies at Harvard University, and the University of California Office of the President. Most recently, he was the 2017 recipient of the Harold J. Plous Award at UC Santa Barbara, the highest honor given by the faculty senate to a junior professor for excellence in teaching, scholarship, and service.

He is currently working on book project that explores the relationship between science and society by examining how science educators and health care professionals working in historically Black institutions spread ideas from evolutionary biology and the eugenics movement into the public imagination. The book will be centered on the work of the physician Dr. Charles V. Roman of Meharry Medical College, the embryologist Dr. Ernest Everett Just of Howard University, the biologist and Catholic civil rights activist Dr. Thomas Wyatt Turner of Howard and Hampton University, and Dorothy Boulding Ferebee, professor of Medicine at Howard University and healthcare advocate for poor tenant farmers and sharecroppers in the Mississippi Delta. Dr. Keel received a research grant from the UC Consortium for Black Studies hosted by the Department of African American Studies at UCLA to work on this project.

He is also working on an additional project that examines how geneticists use ancient DNA to craft narratives about the health and behavior of contemporary populations. This work combines historical scholarship and ethnographic research methods to situate contemporary scientific ideas about human-Neanderthal admixture within a larger historical trajectory of scientific debate and theorization about the distinction between the human and the non-human, the ancestral origins of population groups, and notions of disease risk and racial fitness. This project examines the claims that geneticists have been making since 2014 regarding the links between Neanderthal DNA and elevated risk for type-2 diabetes in Mexican populations.

Dr. Keel is an affiliate of the newly formed Center for the Study of Racism, Social Justice & Health under the directorship of Dr. Chandra Ford of UCLA Fielding School of Public Health. He is also a co-editor of a special issue of the American Journal of Law and Medicine (Fall 2017) that explored how Critical Race Theory can transform the study of health inequalities across the health sciences.

In addition to his scholarly work he is also a senior advisor to the Goldin Institute, a Chicago based non-profit organization that advocates globally for grassroots leadership, conflict resolution, poverty alleviation and environmental justice.