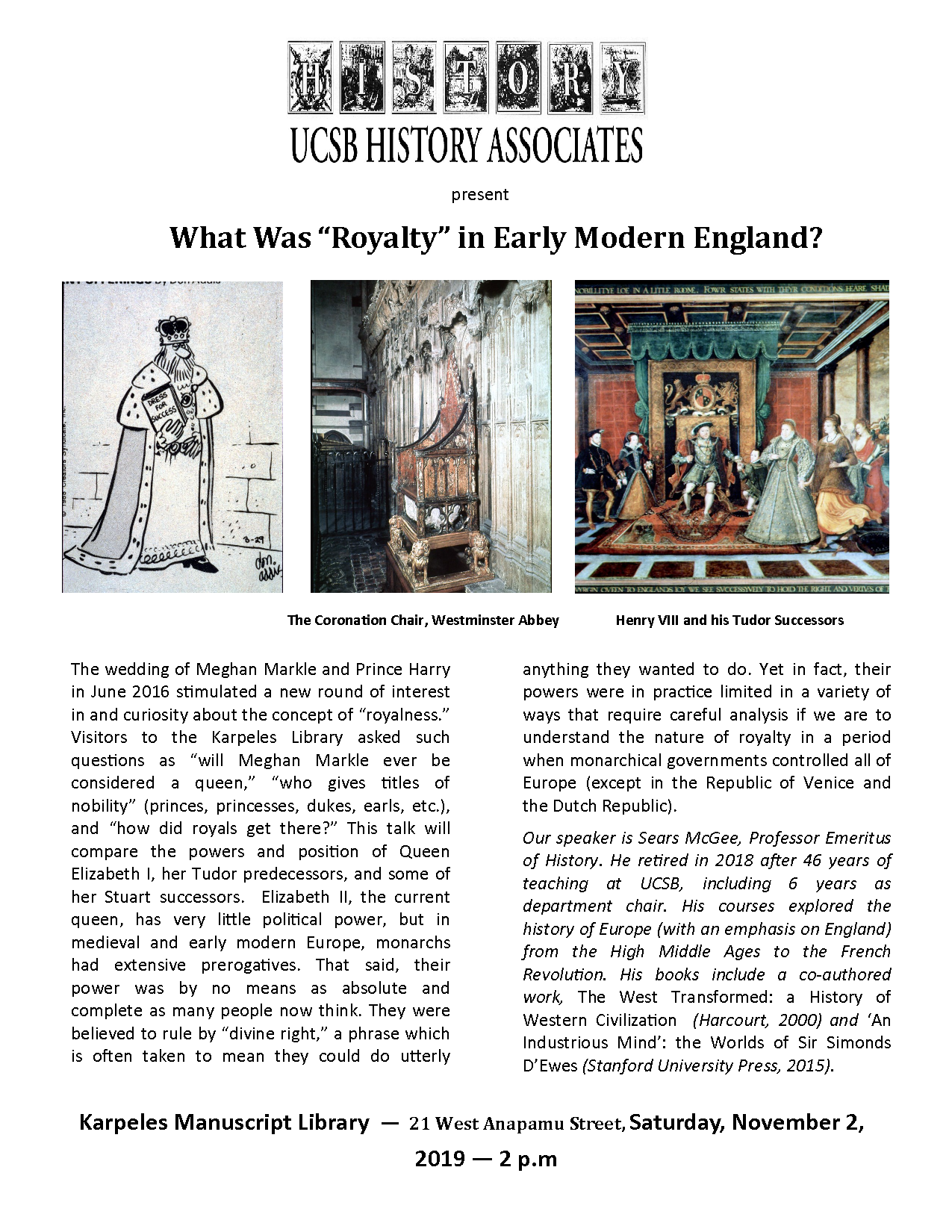 The wedding of Meghan Markle and Prince Harry in June 2016 stimulated a new round of interest in and curiosity about the concept of “royalness.” Visitors to the Karpeles Library asked such questions as “will Meghan Markle ever be considered a queen,” “who gives titles of nobility” (princes, princesses, dukes, earls, etc.), and “how did royals get there?” This talk will compare the powers and position of Queen Elizabeth I, her Tudor predecessors, and some of her Stuart successors. Elizabeth II, the current queen, has very little political power, but in medieval and early modern Europe, monarchs had extensive prerogatives. That said, their power was by no means as absolute and complete as many people now think. They were believed to rule by “divine right,” a phrase which is often taken to mean they could do utter anything they wanted to do. Yet in fact, their powers were in practice limited in a variety of ways that require careful analysis if we are to understand the nature of royalty in a period when monarchical governments controlled all of Europe (except in the Republic of Venice and the Dutch Republic). Our speaker is Sears McGee, Professor Emeritus of History. He retired in 2018 after 46 years of teaching at UCSB, including 6 years as department chair. His courses explored the history of Europe (with an emphasis on England) from the High Middle Ages to the French Revolution. His books include a co-authored work, The West Transformed: a History of Western Civilization (Harcourt, 2000) and ‘An Industrious Mind’: the Worlds of Sir Simonds D’Ewes (Stanford University Press, 2015).