ISRRAR Event–Dr. LaKisha Simmons, “The Ancestors and the Womb are One: Black Motherhood and Histories of Black Infant Loss” 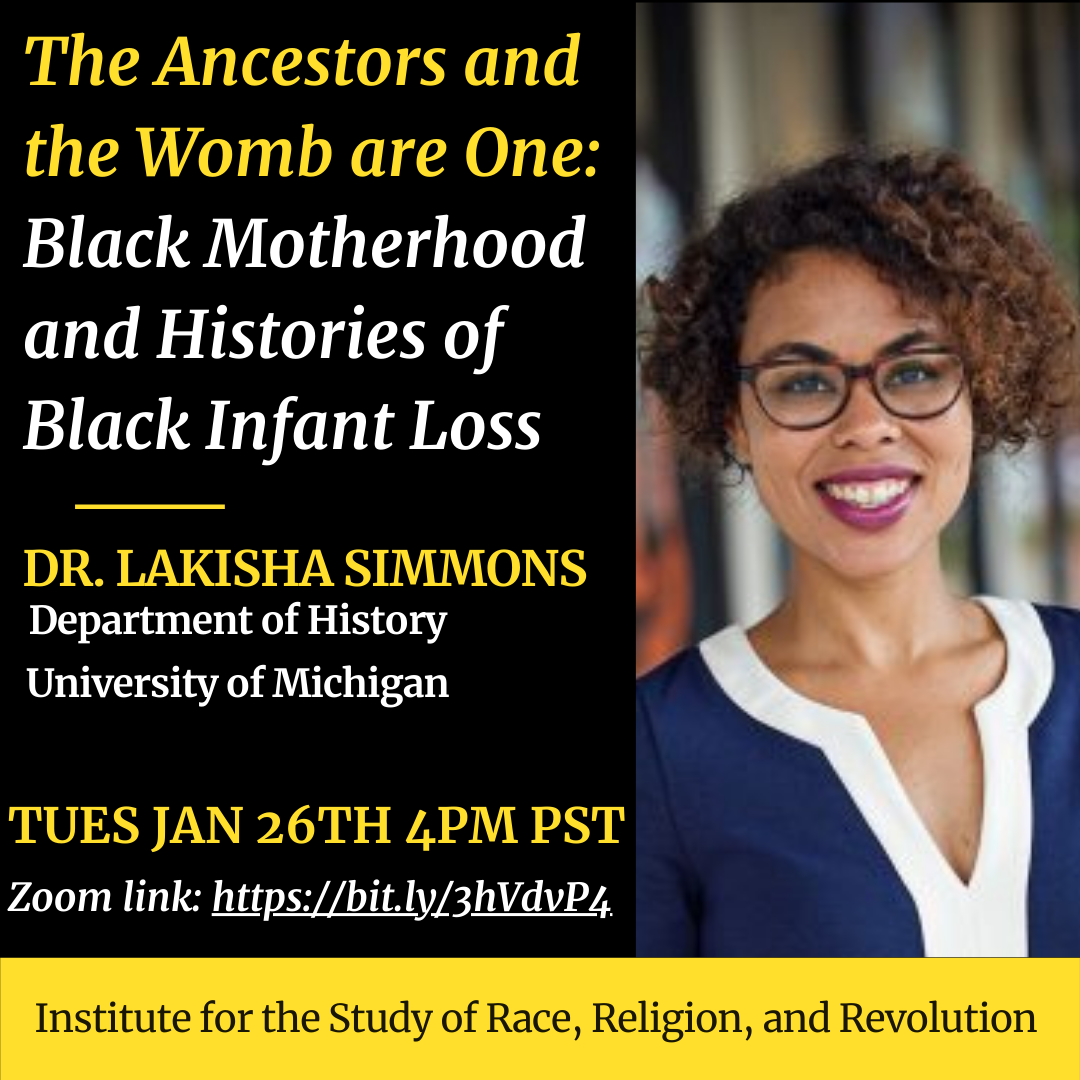 Throughout the twentieth century, Black women in the United States experienced at least double the rates of infant mortality experienced by white women. Through an analysis of oral histories collected in the US South in the 1930s, Dr. LaKisha Simmons (University of Michigan) details what Patricia Hill Collins terms a “Black women’s standpoint on mothering.” From interviewees’ discussions of infant and child loss emerge twin concepts of generation and Black relationality, which enable a theory of Black motherhood as connected to survival and remembrance. The concept of generation reveals how Black women in the 1930s defined themselves as mothering their children after Emancipation and yet as inheriting the ever-present enslaved past through their own mothers and grandmothers. Black women articulated a sense of self and well-being that was in conversation with the ancestors and unborn.