Susan Lederer, “‘Send My Body to the Medical College’: Alternative Afterlives in Turn of the Century America” 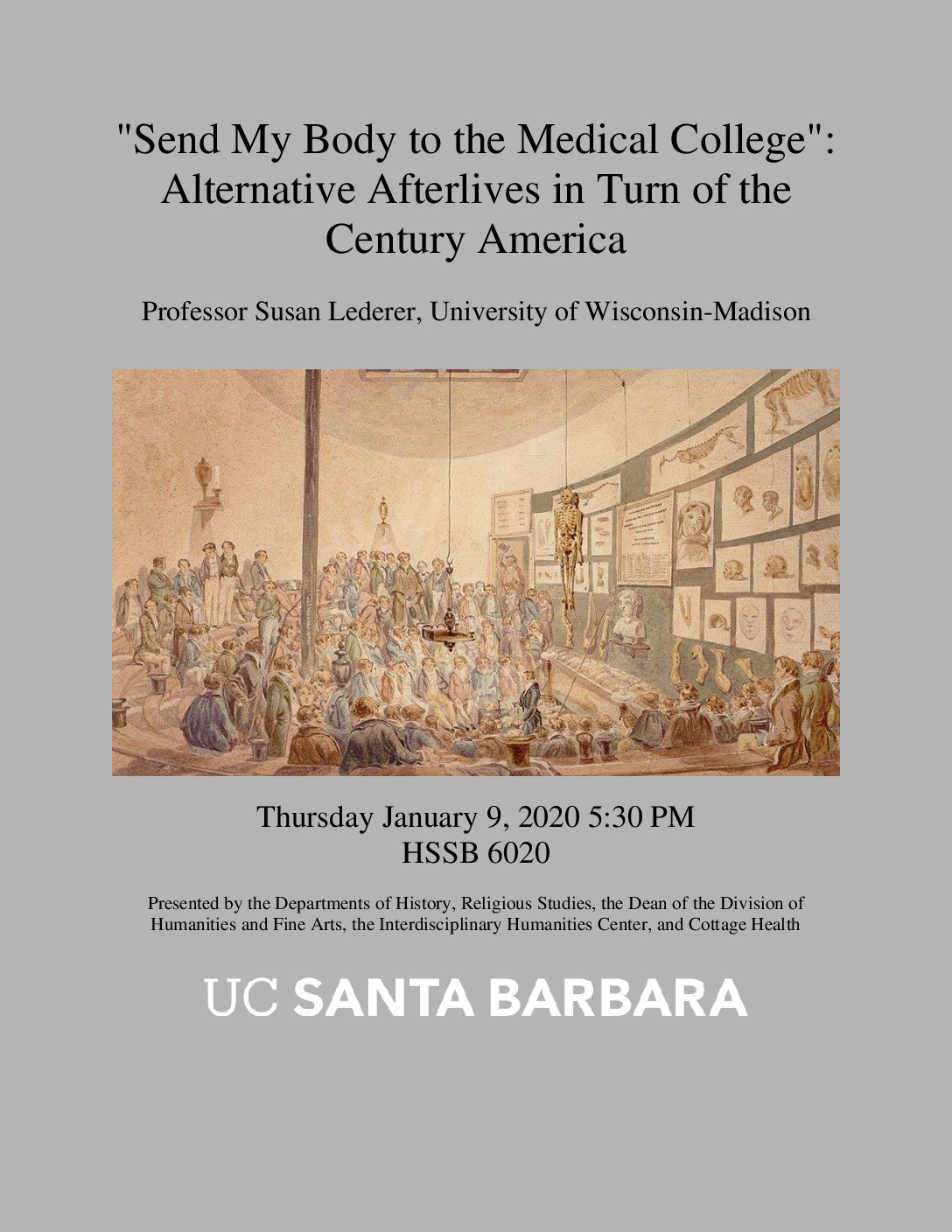 Dr. Susan Lederer, Professor of the History of Medicine, University of Wisconsin Madison will be giving a talk on Thursday, January 9 at 5:30 pm entitled “‘Send My Body to the Medical College’: Alternative Afterlives in Turn of the Century America.”

In 1876 American and English newspapers reported the extraordinary will made by an American woman living in London. Inspired by Bentham’s 1832 bequest of his body, Susan Fletcher Smith approached the Royal College of Surgeons with the proposal that, upon her death, her body be “completely dissected in the most thorough manner known to science.” Moreover, she stipulated that preference be given to persons of the female sex who wished to inspect the body in the various stages of dissection. The President of the College agreed to accept her proposal. Smith’s donation was one of some 450 reported in the press in the years between 1870 and 1940. This talk explores how donating one’s remains to a medical institution was transformed in this period from a bizarre and macabre eccentricity into an exemplar of enlightened corporeal philanthropy.