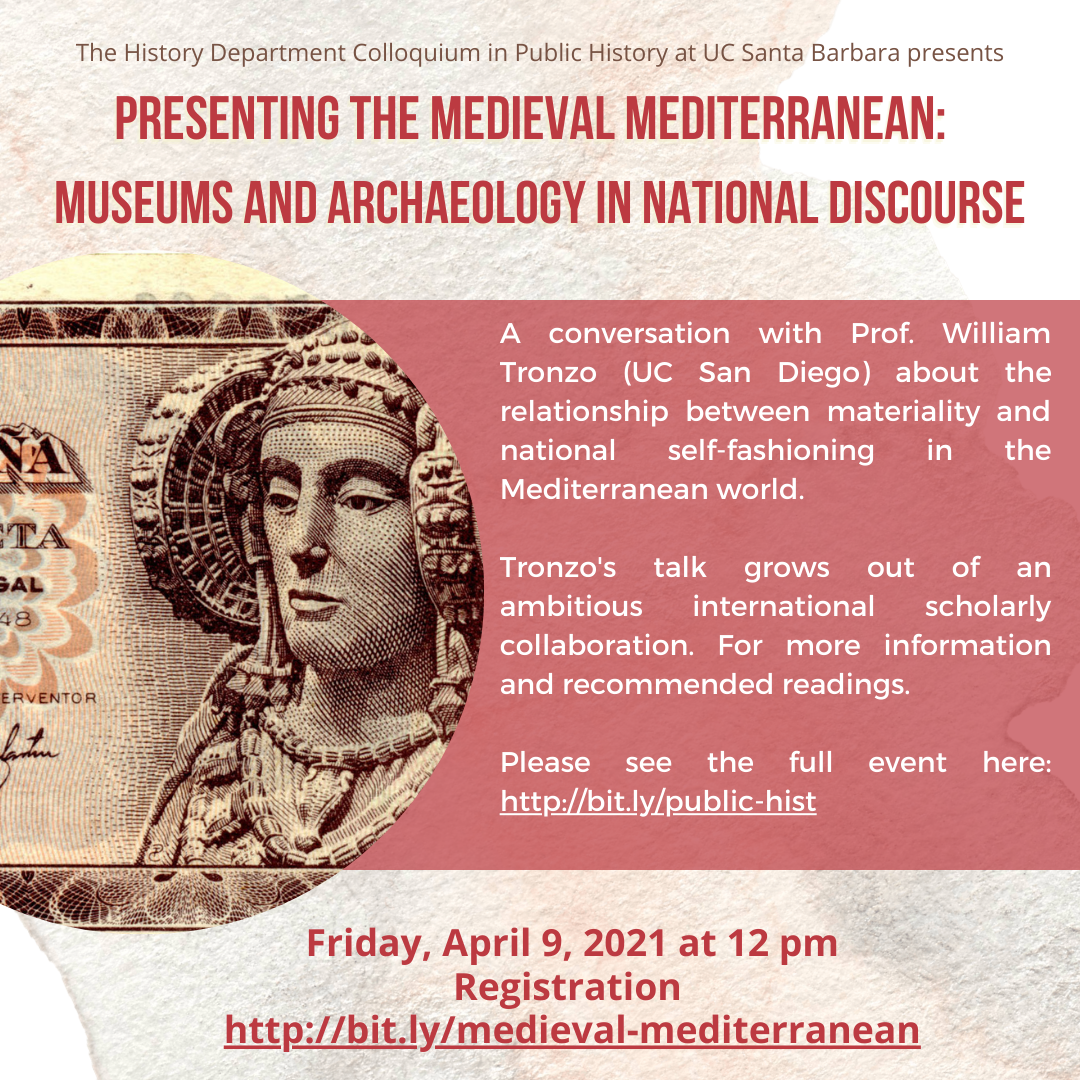 Join the History Department’s Colloquium in Public History on Friday, April 9 at noon for a Zoom talk by William Tronzo (History of Art, UC San Diego).

From time immemorial, material artifacts have played an important role in political discourse: think simply of the use of the crown (in the United Kingdom) or the throne (for example, the throne of St. Peter in the Roman Catholic Church) in the process of national or institutional self-identification. Over the course of several years, Tronzo co-directed a collaborative project with Kimberly Bowes (University of Pennsylvania) and an international group of scholars funded by the Getty Foundation and housed at the American Academy in Rome. In this colloquium session, Tronzo describes the project and goes deeper, considering some of the ways in which this relationship between the realms of materiality and discourse ramified with regard to the modern period in the nations that form the Mediterranean world. Looking at objects, texts, and whole sites, Tronzo offers a number of case studies of such national self-fashioning, negotiated and managed through archeology, collecting, display and translation, and set to work within discourses that embrace narrative and ritual.

Register for this event at http://bit.ly/medieval-mediterranean