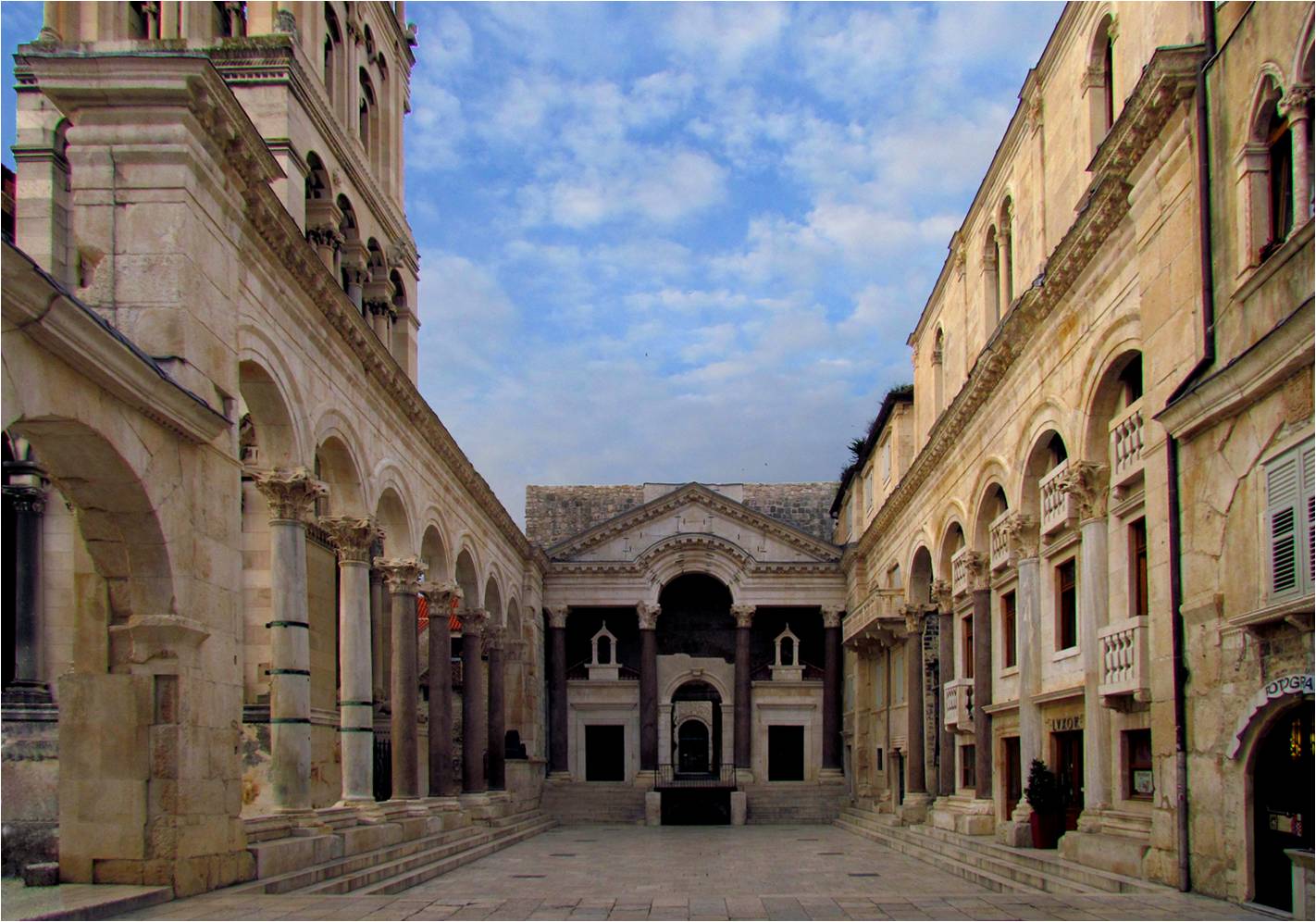 Abstract: Although Diocletian’s Palace in Split has been a topic of scientific interest for a long time, there has been no full consensus about some of its basic elements, from the typological definition to the original purpose of the building, from the original appearance of the whole down to the reliable reconstruction of the architectural parts. Traditionally, Diocletian’s Palace has been described as a unique combination of an imperial villa and a typical Roman military camp. Recent research has established the probable original purpose of the complex in Split as the imperial manufacture of textiles. It was later, most likely already during the construction, adapted for the residence of the retired Emperor. Detailed architectural analysis shows that the mistakes in the design and execution, and the unfinished decoration can be explained by the change of architectural concept which occurred probably during the first phase of construction, and by the very short deadline given to the builders by the Emperor who probably retired to his palace in Split earlier than originally planned. Finally, a new interpretation is given of this complex building, in terms of design and construction process.