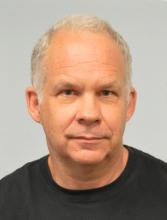 As part of the The Center for the Study of Work, Labor, and Democracy‘s “The Political Economy of Racial Inequality” Fall Quarter speaker series, Colin Gordon (History, University of Iowa) will present “Citizen Brown: Race, Democracy, and Inequality in the St. Louis Suburbs.” Gordon is an historian of US public policy, political economy, and urban history. He is the author of Mapping Decline: St. Louis and the Fate of the American City (2008), Dead on Arrival: The Politics of Health in Twentieth Century America (2003), and New Deals: Business, Labor, and Politics, 1920-1935 (1994).

Department of History
Center for the Study of Work, Labor and Democracy