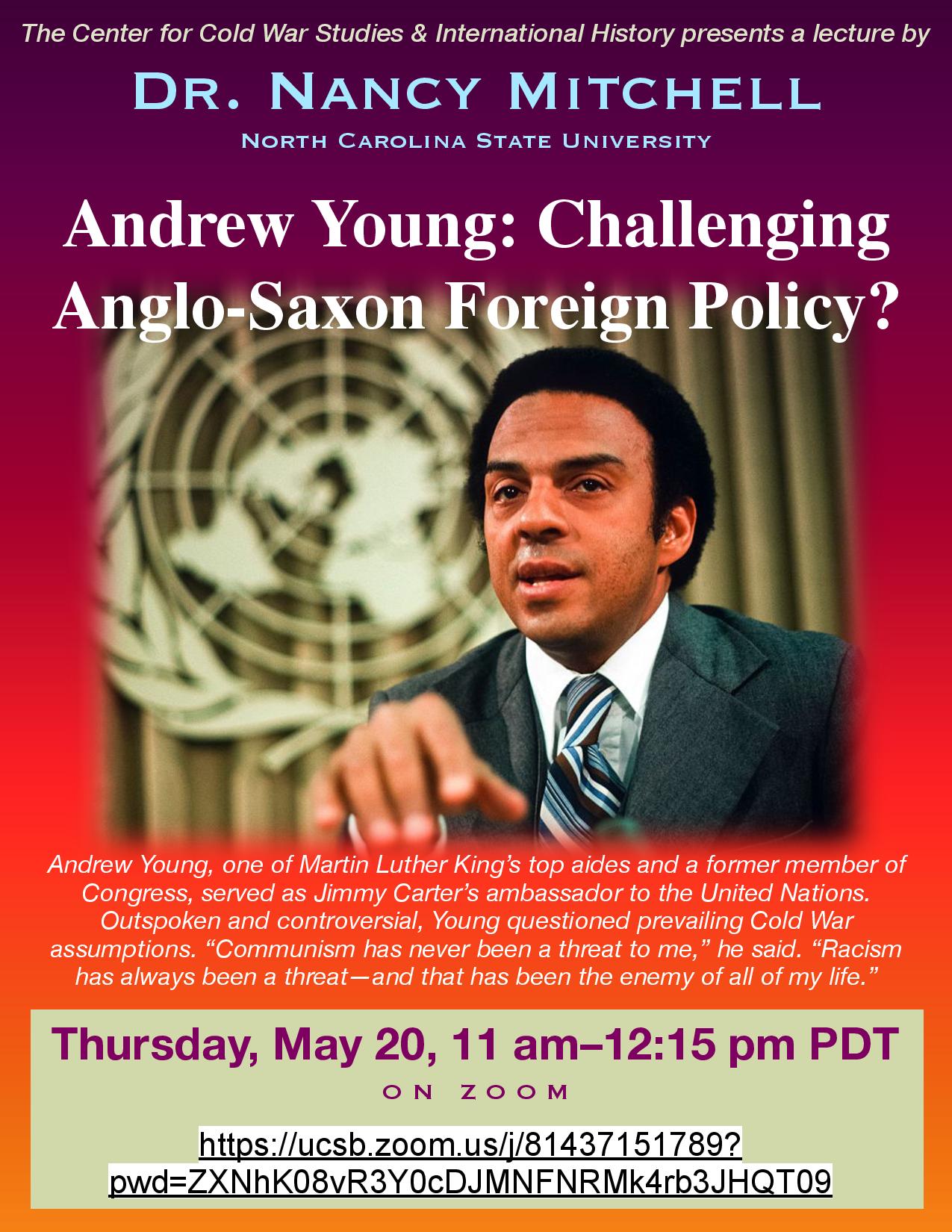 Andrew Young, one of Martin Luther King’s top aides and a former member of Congress, served as Jimmy Carter’s ambassador to the United Nations. Outspoken and controversial, Young questioned prevailing Cold War assumptions. “Communism has never been a threat to me,” he said. “Racism has always been a threat—and that has been the enemy of all of my life.”

Nancy Mitchell is Professor of History at North Carolina State University. She is the author of Jimmy Carter in Africa: Race and the Cold War (2016), which received the Douglas Dillon Award from the American Academy of Diplomacy and the Robert Ferrell Prize from the Society for Historians of American Foreign Relations. Professor Mitchell’s first book was The Danger of Dreams: German and American Imperialism in Latin America, 1895-1914 (1999). She contributed the chapter on “The Cold War and Jimmy Carter” to The Cambridge History of the Cold War (2010), and her articles have appeared in Cold War History, International History Review, Diplomatic History, American Historical Review, Journal of American History, Prologue, H-Diplo, and H-Pol.

Click here to join the Zoom for this event.