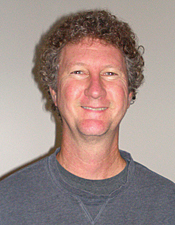 Twice a year, I teach California History at UCSB. It is a challenge and a pleasure to give factual and interpretive information on the Golden State mostly to people who have grown up in California. I also teach American Environmental History and the History of the American West. With all of my classes I attempt to broaden the context by linking the general history of the United States with the course’s specialized material.

Completing A History of the US Army Institute for Water Resources, US Army Corps of Engineers, 1992-2013.