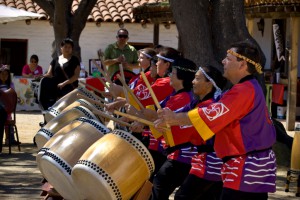 UC Santa Barbara defined Public History as a profession in 1976, with a Rockefeller Foundation grant to train historians for public and private sector careers beyond conventional academic employment. Since then, we have produced more than 100 students who apply their historical skills, knowledge and insights in public settings – in museums and heritage sites, businesses, government agencies, non-profit groups and private foundations. To meet the wide range of opportunities presented by the many publics we serve, the UCSB program prepares historians first as historians – broadly-trained scholar-professionals fully versed in the literature, methods, and interpretive debates of the venerable discipline – but also especially conscious of and practiced in the special challenges and resources distinctive to the public practice of History. Public History students regularly take advantage of the History Department’s large and diverse faculty to integrate their particular research and reading interests into their program. Students have opportunity to intern in locally with the Santa Barbara Mission Archives Library, which houses the Franciscan Archives of the West, and hone their interpretive skills with Santa Barbara Trust for Historic Preservation, which engages with the public at the history Presidio Santa Barbara and Casa de la Guerra, as well as the Santa Ynez Mills.

The formal course of study for the Ph.D. degree is further enhanced by opportunities to:

Students will work with an unusually broad and dynamic faculty:

The joint Ph.D. program combines faculty and resources with the Capital Campus Public History program of CSU Sacramento in a venture unique in the nation. Students in the joint Ph.D. may take courses and participate in public history research projects at both locations and from the joint faculty, no matter location, through distance learning technology.

All entering public history Ph.D. students will complete the core of courses and requirements: at least six quarters of research seminars, two of which may be fulfilled by research seminars completed in M.A. studies

The first three of these field examinations will be written and oral; the fourth will be covered by oral examination only. Additionally, Public History Ph.D.s must: 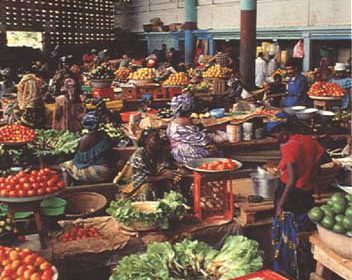 An interdisciplinary research cluster under the auspices of the History Department

This research cluster includes both faculty members and graduate students who study the meaning and value of commodities, material artifacts, and consumer practices as they circulate through trade networks, regulatory systems, political economies, and social worlds. Members work in a variety of temporal and geographic fields—the ancient world, medieval and modern Europe, United States, Africa, the Middle East, East Asia, and South Asia. Some root their work in the histories of capitalism, labor, and consumer cultures. Others analyze non-capitalistic and premodern systems of trade and exchange. We examine varied types of historical evidence, ranging from cultural productions (art and music) to material artifacts (textiles and ceramics) to written texts (patents and pamphlets). Several of us work on food, beverages, and psychoactive substances in national, imperial, and global contexts. Others focus on the history of retailing, advertising, and networks of innovation. We are also interested in how people use consumer practices and commercial activities to reject, rework and build hierarchies of race, gender, and class and systems of state, colonial and corporate power.

Our cluster combines an emphasis on material conditions with an abiding attention to the production of categories and experiences. We understand social, economic, political, and cultural life as overlapping and mutually constitutive frameworks as opposed to discrete and distinct realms. Both methodologically and theoretically, our research cluster crosses temporal and geographic boundaries so as to reveal historical differences, commonalities, and specificities.

Some of our activities include:

Empires, Borderlands, and their Legacies

An interdisciplinary research cluster under the auspices of the history department

An interdisciplinary research cluster under the auspices of the history department

The study of gender, bodies and sexualities is central to a full appreciation of the past, whether one is studying political culture, work and leisure, religious ideologies, scientific practices, state formation, or war.  Our department has long been a recognized leader of gender history in a variety of temporal and geographic fields: medieval and modern Europe, colonial America and modern US, Africa, the Middle East, East Asia, and South Asia.  Many of us work on topics that transcend national boundaries by integrating gender into studies of imperialism, decolonization, borderlands, and international trade.  Our research methods are as diverse as the topics we study.  We approach gender and sexuality as historians of the emotions and the senses, as historians of political economy and business, as historians of material culture, consumption, and food practices, as historians of cities and the built environment, and as historians of childhood and the family.  We study the history of work in its widest sense, including slavery, industrial, agricultural work, and household and intimate labors.

Some of our activities include:

We include intellectual, cultural and social historians who share interests in religion as it intersects with cultural and social history and, in particular, as a force in historical processes of stability, change, conflict and exchange.  We are also engaged as public intellectuals with a variety of current debates concerning religion and society – from the place of religiosity in indigenous land claims and use to the dynamic relations between religion and scientific inquiry and practice.   With research and teaching interests that encompass a broad range of regions and historical periods, we aim to develop a conversation that will invite comparative insights and questions about religion as a category of historical inquiry, as a force in social and political life, and about religiosity/spirituality in the context of identity formation and expression.  Some of the cross-cutting issues that characterize members’ research are:

Our department is remarkable for its strengths in the history of the Mediterranean and North Africa, West Asia (also known as the Near East), East Asia, Western Europe, and North America before AD 1700 / 1700 CE. The eleven faculty in this cluster often serve on PhD committees together.

This cluster brings together a diverse set of colleagues who share an interest in historical processes that have shaped the human experience in manifold times and place: imperialism and colonialism, the development of community identities and institutions, religious conflict and concord, law and society, urban life, and warfare and military culture.

While historians of more recent periods typically rely on managed collections of archival documents as the mainstays of their evidence, members of this cluster employ a wide range of methodologies in addition to archival research to explore historical questions. These methods include literary and philological analysis, archaeology and visual studies, epigraphy, paleography, and manuscript studies,

psychotherapy and the study of emotions. Many cluster members hold affiliated appointments in other UCSB departments, including Classics, Religious Studies, French and Italian, etc.