Michael Bransfield was a highly talented member of one of the department’s first classes in Public History. An avid environmentalist, Michael hitchhiked across the country twice by himself, camping along the way. Here began his love affair with the national parks, especially Yosemite. Michael died prematurely in 1983 while completing an internship in Louisiana. His extensive personal library forms the basis of the department’s Public History book collection. This prize was created in 2011 through a generous gift of Michael’s sister, Kate (Kathy) Bransfield, with support from Michael’s many friends and colleagues. It recognizes the best paper or project in Public History by a graduate or undergraduate student. Prize no longer active, last awarded 2020. 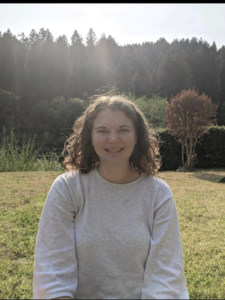 2019
Julia Madden-Fulk, ‘From “Early Days” to Alcatraz: A History of Native American Engagement with Public Space in California, 1890 – Present’

2017
Mariel Aquino, “The Indians of Europe’: Basques, Indigeneity, and Ethnonationalism.”

2016
Cheryl Frei, “Shaping and Contesting the Past: Monuments, Memory, and Argentine Identity, 1811 to the Present.”

2015
Melissa Barthelemy, “We Remember Them: Acts of Love and Compassion in Isla Vista.”

2014
Zachary McKiernan, “The Public History of a Concentration Camp: Tales of Tragedy
and Hope at the National Stadium of Chile.”

2013
Stacy Blackburn, “Museums Present: Websites as a Medium to Interpret and to Engage.”

2012
Tory Inloes, The Representation and Education of Children in Twentieth Century
Museums.”

2011
Elena Olivera, “If Only She Could Speak for Herself: Public Representations of a
Nineteenth-century Channel Islands Woman, 1840s-2000s.”