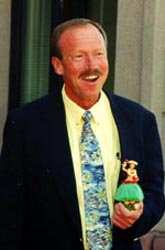 The John Coleman Award goes to the graduate student who wrote the best paper in Cold War history, international history or military history, the three fields that defined John Coleman’s career interests. John served in the military in Vietnam. He was a former journalist who traveled widely and returned to school to pursue a degree in international relations. The Hawaiian shirt was his trademark. (This photo was taken on an “Aloha Day” he organized in 2000, for which he was forced to wear a suit and tie in return for getting everybody else to wear Hawaiian shirts.) After his premature death in 2003, John’s fellow graduate students urged the History Associates to establish this award in his honor. 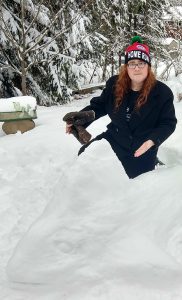 2021
Nicole de Silva, From Homemakers to Peacemakers: Women’s International Organizing and the Practice of Consumer Diplomacy

Alexandra Noi, From Ape to Socialist Man: On the Origins of Forced Labor Camps in China

2019
Kashia Arnold, “The Limits of Exclusion: The Confluence of Labor, Race and Firms in the Transpacific World of Commerce”

2018
Mika Thornburg, “To Cross or Not to Cross, To Stay or Not to Stay: the Migration Motivations and Experiences of Shin-Issei, An Exploratory Study”

2017
Andrew Elrod, “The Multinational Corporation and Détente: Investment Policy, Full Employment, and the Trade Act of 1974″

2011
Henry Maar, “Three Megatons of ‘Peace”” Revolutionary MIRV Technology and the Meaning of Survival in the Atomic Age.”

2010
Nicole Pacino: “The MNR’s New Revolutionary Movement: Sanitary Reforms and the Consolidation of the Bolivian Revolution.”

2009
Roger Eardley-Pryor: “The Fruits of Science for Death and Destruction.”