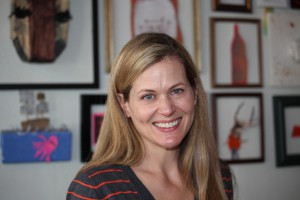 From 2003 to 2014 Christine served as an Assistant United States Attorney in the Criminal Division in the United States Attorney’s Office for the Central District of California.  During her tenure there, she served as the Defense Contractor Fraud Coordinator for the Central District, tried a dozen cases, and argued before the Ninth Circuit.  She participated as an instructor in fraud training programs for AUSAs at the National Advocacy Center and for numerous federal agencies.  She also served on the hiring committee and as a mentor for several AUSAs in the Central District.  She received awards and commendations from numerous federal agencies, including the Federal Bureau of Investigation, the Department of Defense Criminal Investigative Service, the Army Criminal Investigation Command, the Department of Justice’s Environmental Crimes Section, and the Internal Revenue Service.

She now serves as legal counsel for the Broads Foundations.  She has also served on the boards of several non-profit agencies, including an agency that provided housing and other assistance to homeless women and children, and an agency that provided free summer concerts in parks around the country.  Currently she serves as president of the Yale Law School Executive Committee and vice chairperson of The Industry, an experimental opera company based in Los Angeles.