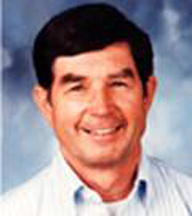 Ronald Boorman was president of the first senior class to graduate from the then-new Goleta campus in 1955. He went on to receive an MA in History in 1957 and to teach history at San Marcos High School in Santa Barbara.

The scholarship, created following Mr. Boorman’s unexpected death in April, 2008, is intended to support undergraduate students who are pursuing a teaching career in History.

This award was discontinued in 2013